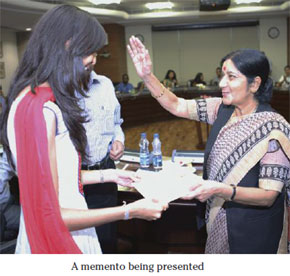 Thus far, 27 editions of the KIP have been organized in which 827 PIO youth from 36 countries have participated. The 28th KIP commenced on June 9 and completed on June 30. On day one, the participants met with the Director, Indian Institute of Public Administration (IIPA) for an interactive session. This was followed by lectures and discussions on Indian economy, history, planning, development, constitutional framework. 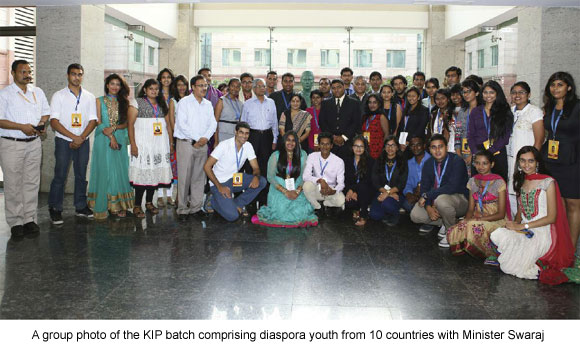 On June 11, participants went for sightseeing around India Gate, Rajpath, Rashtrapati Bhawan and Connaught Place. On June 12 and 13, participants met the Director General, Center for Cultural Resources and Training (CCRT) and attended lectures and discussions on issues relating to art, culture, history, heritage, music, dance, contemporary art and literature, craft, regional contribution to Indian culture, conservation of culture and heritage walk to monuments. There were also lectures on folk and tribal traditions, innovation in education, methodologies for cultural education in multi-cultural society besides visits to museums and viewing of films on culture and environmental issues. 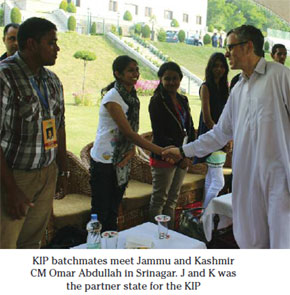 The participants visited Jammu and Srinagar in between June 14 and 21. The visit was marked by tours to sights such as Shalimar Gardens, the Nishant Bagh and also shikahara rides on Dal Lake. They also called on the Governor, Chief Minister and other VVIPs. Altogether it was a memorable experience for them.

On June 22 and 23, the KIP team went to Agra and saw the Taj Mahal and the Agra Fort. On return to Delhi, the participants visited important landmarks such as the Qutub Minar, the Red Fort, Sri Aurobindo Ashram and the Akshardam Temple. They also enjoyed shopping in Delhi’s many malls and markets and witnessed a recording at All India Radio. They also visited Sulabh International.

Overall, the KIP provides a unique forum for students and young professional of Indian origin to visit India, share their views and to bond closely with contemporary India. After end of the KIP, the participants become Youth Ambassadors of art, culture, heritage and a positive image of India.