Envoys of Australia, Britain, Iraq, and Ukraine presented their credentials to President Pranab Mukherjee at a ceremony held in Rashtrapati Bhavan in April. New Australian High Commissioner Harinder Kaur Sidhu is of Indian origin, and has been a senior official in the foreign affairs and trade department while her British counterpart, Sir Dominic Anthony Gerard Asquith, is a senior diplomat who has earlier served as ambassador to Iraq, Egypt and Libya. Mr Fakhri Hassan Mahdi Al-Issa of Iraq, and Mr Igor Polikha of Ukraine also presented their credentials 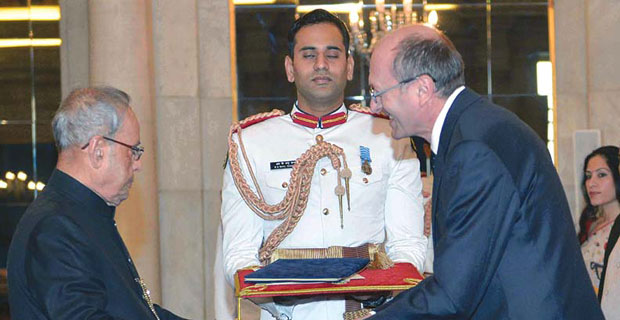 The Ambassador-designate of Ukraine, Mr Igor Polikha presenting his Credential to the President, Mr Pranab Mukherjee, at Rashtrapati Bhavan, in New Delhi on April 04, 2016