“NE will be oil palm hub of India”

Union Agriculture Minister Narendra Singh Tomar in October asserted that the government’s decision to make major interventions in the northeastern states for oil palm promotion will turn them into oil palm hubs of the country.

Emphasising on the equal role for the development of the crop (oil palm) and making major investments for seed nursery, drip irrigation, technical back-up, setting up of mills, purchase centres and training of farmers, Mr Tomar said, “The special package and assistance for NE states will change the socio-economic status of the farmers and open employment opportunities in the established oil palm mills along with infrastructure development.” Mr Tomar was speaking at the ‘National Mission on Edible Oil - Oil Palm Business Summit for North-Eastern States’ in Guwahati. The Union minister also informed that the business summit has been aimed at exploring the target of area expansion, seedling requirement fixed for different states through processors, details of viability gap payment, interventions, and assistance under the mission, a release from the ministry said.

The mission with a total outlay of Rs 11,040 crore will bring additional area of 6.5 lakh hectares under oil palm plantation with 3.28 lakh hectares in northeastern states and 3.22 hectares in rest of India in the next five years, Mr Tomar said. The Agriculture Minister added that the government is committed to protect the oil palm farmers through price assurance, adding that under the mission, oil palm farmers will be provided all the assistance needed. 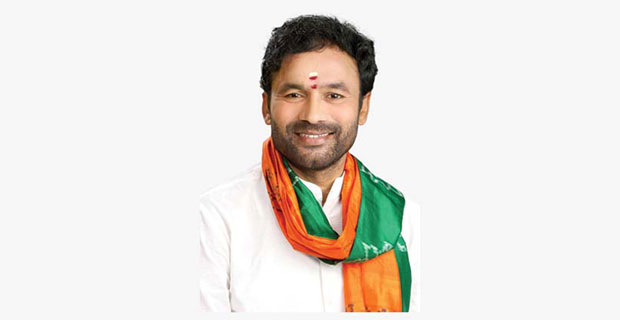 Union Minister for Development of Northeastern Region (DoNER), G. Kishan Reddy, appreciated the vision of the government of India for coming up with “a very well-planned edible palm oil scheme, which is a win-win for the farmers as well as for the development of the region”. The DoNER Minister appealed to the investors and industrialists to invest in the northeastern region, which has immense potential for the agricultural sector, especially palm oil. The Chief Minister of Arunachal Pradesh, Pema Khandu, said that it is time for the investors to come and invest in the northeast in a big way to develop the agriculture sector, and take advantage of the fertile lands and climate. “Palm oil holds special significance as its cultivation can open up untapped avenues of earning for the farmers in the northeast,” he said. Assam’s Agriculture Minister Atul Bora informed that presently, farmers in two districts of Assam - Goalpara and Kamrup - are engaged in oil palm cultivation while there is a plan of bringing 1,500 hectares of land in 17 other districts under palm oil cultivation.

An MoU was signed on the occasion between the Assam Bio Refinery Private Limited (ABRPL) and the Numaligarh Refinery to establish a first-of-its-kind bio refinery in India to produce renewable green fuel bio ethanol.