THE INANDA VALLEY IN DURBAN

Besides stunning beaches, adventure activities, street markets, delectable Bunny Chows, and botanical gardens, the city of Durban is also known for its historical importance. The eThekwini Inanda Heritage Route in the Inanda Valley, located in north Durban, gives travellers a chance to explore the noteworthy historic legacy that shaped the future of South Africa. The Inanda Heritage Trail houses some very critical components of not just South African history but of India’s past too. So much so that, Inanda is widely dubbed the ‘cradle of South African democracy’

The Inanda valley witnessed some great historical moments as two of the world’s greatest leaders—Nelson Mandela and Mahatma Gandhi—fought for equality, justice and peace in its front yard. From this valley, Nelson Mandela cast the first vote as a black person in South Africa’s first democratic elections. The famous satyagraha movement by Gandhi was conceptualized here as well.

With a fascinating past, the Inanda Heritage Tour is sure to awaken the history buff within you. The tour also provides insights into the rich culture and beliefs held by local Durban communities. 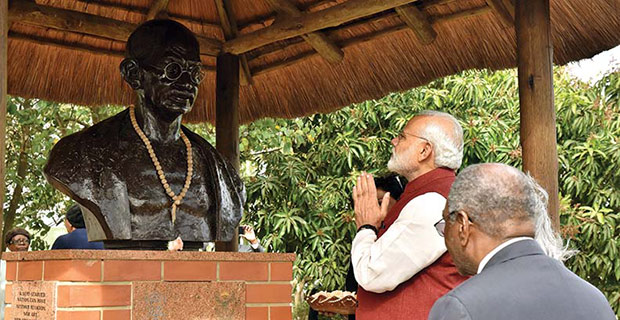 Let’s take a look at the important historical sites located in the valley and walk through some major milestones in the country’s history: