Even though they stood steadfastly by her with patience and love...

Don’t handicap your children by making their lives easy. 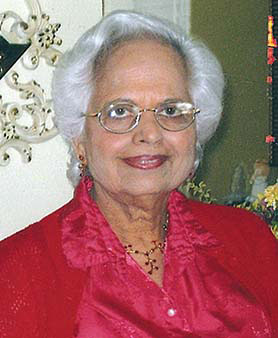 Even though they stood steadfastly by her with patience and love, Deepi Singh’s parents did not want to make her life easy. She had been afflicted by the dreaded polio while still an infant. Her parents, however, did not want her to be pitied, ever. Instead, they wanted her to walk on her own two feet, and hold her head high, at all times. That she has managed to do so speaks volumes about her own unwavering grit, indomitable courage and unshakeable determination, as well as her dignified upbringing.

There is a Chinese proverb that says “crisis is opportunity riding a dangerous wind.” Deepi Singh has been riding that wind, and walking that proverb, every day of her life. When she was just nine months old she was severely afflicted with polio. Those were times when polio vaccinations were not available in British India, and the debilitating disease was far from being eradicated. The danger that she could become crippled was a clear and present one. Her father left no stone unturned to ensure that young Deepi could walk. Even her paternal grandfather, a well-to-do physician in undivided India, wanted her to get the best treatment. Once when French doctors came visiting Lyallpur, the city of her birth, the British would have no Indians visit their arch rivals. Meeting the French was strictly beyond bounds for Indian subjects. But in a stroke of ingenuity, Deepi’s father wrapped his young daughter in a blanket and smuggled her to a French doctor’s cabin. No one really bothered with checking an innocuous blanket.