There is something primordial about a man... 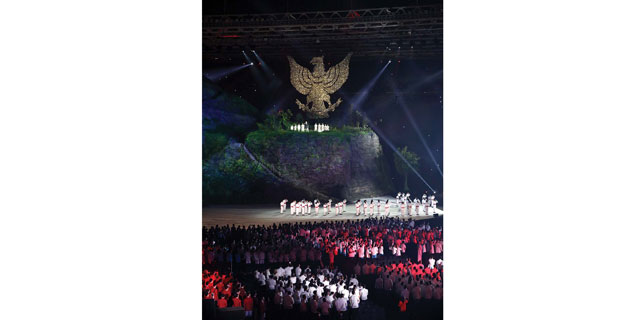 Then there is Jinson Johnson from Kerala. He was aiming for gold in the 800-metre race but was upstaged by Manjit Singh of Haryana with metres to go. Johnson had to settle for silver, behind the more aggressive Manjit. But that loss only helped Johnson find greater resolve to stick it out in the tough 1,500-metre group that also included Manjit. The Indian army man from Kozhikode, Kerala ran a fine tactical race and towards the end showed that he had the strength in his legs and the endurance in his upper body to sprint past his fellow runners in style and register a handsome win. Instead of collapsing on his knees after that terrific run Johnson went around carrying the Indian flag around the stadium with a smile. It showed he had plenty left in the tank even after that burst of speed towards the end. Significantly, Johnson’s time of 3.44.72 would have won him gold at the Rio Olympic Games of 2016—the winner in Rio, Matthew Centrowitz of the USA, had a time of 3.50.00. Manjit who too sprinted hard towards the end could, however, finish fourth in this race.