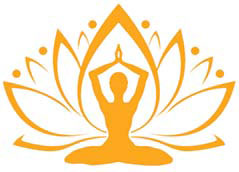 Everything in creation is either going up or it is going down, nothing is stationary. Presently we are living on earth, but if anyone thinks that he/she will continue to be here birth after birth, it is a mistaken notion. Like everything in Creation, a being too, moves up or down. Earth is only one level of existence, there are dimensions beyond and below.

The dimension of earth or Bhuloka, is special in that, from here one can reach any dimension based on his/her desire and backed by requisite karmas. Bhuva is the loka higher than earth, reaching here is possible only through complete detachment. Next comes Swarga loka which can be accessed through recommendation from gods and goddesses. There are specific mantras to please the divine to access Swarga loka.

The loka above Swarga is called the Maha loka, it is the dimension of those beings who are entitled for Swarga, but have no desire to enjoy its pleasures. Beyond this is the Jana loka. Here the beings responsible for creating the ‘software’ that runs the entire creation, reside. Tapa is the next loka and it is for beings who desire to do tapasya. The heat generated by their tapasya gives energy to the sun, powered by which the entire creation runs.