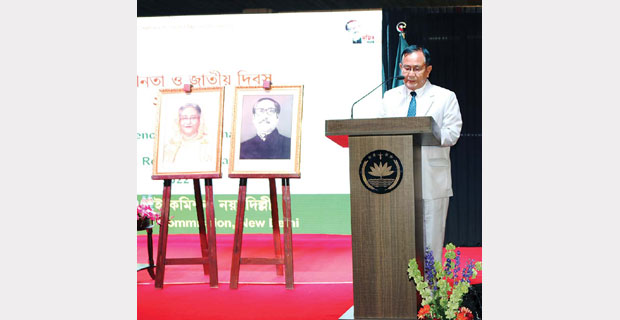 Minister of State for External Affairs Mr Raj Kumar Ranjan Singh speaks on the occasion of Independence Day of Bangladesh on March 28, 2022

Mr Ranjan Kumar Singh said the economic progress, peace and stability in Bangladesh is not securing the interest of the people of Bangladesh, it is also playing an important role in developing the North-eastern region of India. He mentioned that the relationship between India-Bangladesh is passing golden chapter, Indian Prime Minister Narendra Modi and President Ram Nath Kovid have visited Bangladesh in 2021 to celebrate birth centenary of Bangabandhu Sheikh Mujibur Rahman and to mark the golden jubilee Bangladesh victory day respectively. In his speech he also said, Bangabandhu is not only the great hero of the independence of Bangladesh but he is considered as a hero in India. The High Commissioner said over the last decade the relation between Bangladesh-India has reached a golden chapter having a comprehensive partnership covering all possible areas of cooperation under the leadership of our able Prime Minister Sheikh Hasina. 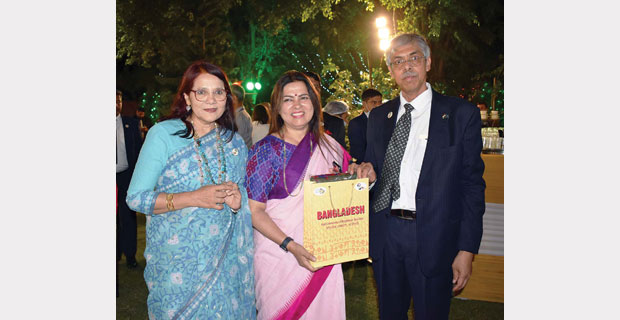 He said, the 9 months war of Liberation of Bangladesh in 1971, not only ravaged the economy but also completely destroyed the physical infrastructure of the country. Bangabandhu is only the leader who reformed and rebuilt the country with his farsightedness and dynamic leadership during his three and half year regime. The programme was attended by a minimum 150 diplomats including High Commissioner and Ambassadors of different countries, military attaches, high government officials, war veterans, elites, journalists, academics and friends of Bangladesh.

Bangladesh High Commission in New Delhi observed the Genocide Day on March 25. The programme began with a moment of silence in remembrance of the Bengalees who were killed in the fateful night of 25 March 1971 as well as the martyrs of the liberation war of Bangladesh. To mark on the occasion of Genocide Day reading out the messages of President Md. Abdul Hamid and Prime Minister Sheikh Hasina. Screening of a documentary on the 1971 Genocide by the Pakistan Army and a discussion on the day were highlights of the programme. High Commissioner Imran in his remarks said, in the name of ‘Operation Searchlight’, the Pakistani aggressors wanted to stop the resistance of the independence seeking people and committed the most brutal killings in the history throughout the country.