The Nobel Prize award ceremony was held in the Swedish capital.

Addressing the laureates, Carl-Henrik Heldin, chairman of the Board of the Nobel Foundation, said the world was at a time with dramatic energy and food crises, glaring discrimination, social and economic inequality and accelerating climate change which required the urgent scaling up of solutions. 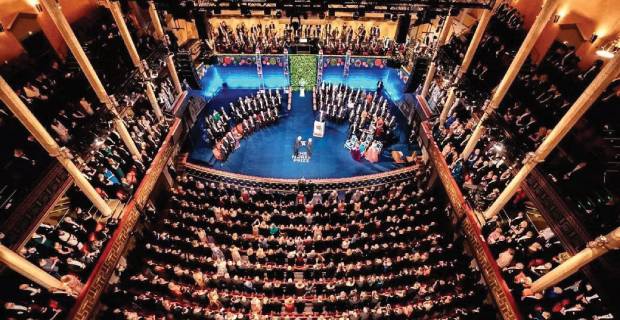 “Facing this multitude of crises and challenges, the world needs dedicated scientists who relentlessly seek the truth and push the boundaries of our knowledge,” he added. After the previous two years’ ceremony held online due to COVID-19 pandemic, this year’s ceremony was also attended by laureates from 2020 and 2021.

Nobel Prizes have been presented annually since 1901. The winners are announced in October each year.