"US And India Relationship Have A Trajectory Of Its Own"

For more than a decade, Sanjay Puri as the Chairman of the U.S. India Political Action Committee (USINPAC), has worked with an objective to present a unified voice to the Congress and impact policies that affect the Indian American community in the United States. The USINPACE was founded in the year 2003 and is based in Washington D.C. It works intimately with other Indian-American organisations to uphold unprejudiced policies, and support Indian Americans in being a part of the political process. Sanjay Suri has been working on various important issues that are of significance to the Indian community in the US. He is also the Chairman of Optimos and the Founder and President of the Alliance for US India Business Alliance (AUSIB). AUSIB works towards strengthening economic ties between the US and India and Optimos is an IT solutions firm which is also among the top firms providing IT solutions to the Government agencies in the US. Sanjay is a passionate reader, entrepreneur and a repre

What is the role of USINPAC in US politics?

Since the inception of USINPAC over 10 years ago it has played a great role in educating US members of congress, governors in various states and the US administration about the issues that are important to the Indian American community. The issue like US-India relations and immigration issues of concern to the community have always been put forward by USINPAC. We have also supported the community by educating them about why political engagement is important for the Indian American community. USINPAC also provides financial support and infrastructure to deserving Indian American candidates running for office at the federal, state and local level.

What kind of the congressional support does USINPAC have?

USINPAC has been instrumental in increasing the US House of Representatives India caucus to close to 200 members and the US senate to close to 40. Both of them are the largest caucus in the house and the senate. 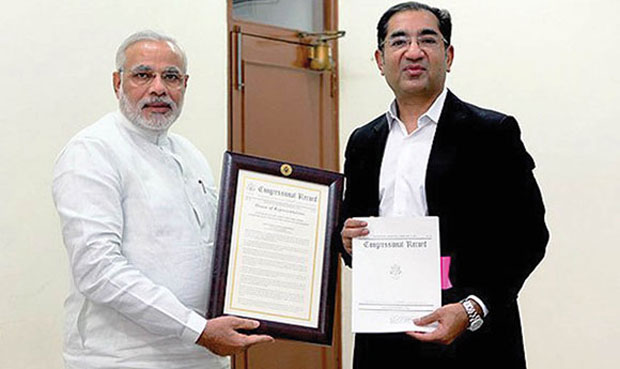