“Deeply indebted to India for my foundation”

Dr Renu Khator was conferred the Pravasi Bharatiya Samman Award at the last Pravasi Bharatiya Divas on January 9, 2014. She is the first Indian-born president not only of the 40,000 students-strong University of Houston (UH), but for any American University, and also the first woman university chancellor in Texas. Each year she manages to raise USD 100 million from the private sector for the university. She is the first India-born incoming chair of the American Council of Education that comprises chairpersons of all American universities. She attributes her phenomenal rise to her deep Indian values and family traditions in which she was brought up, and believes that the way forward for India is to get heavily involved in research and innovation that can attract and retain the best brains in the country. She is a member of the Prime Minister’s Global Advisory Council on Overseas Indians, a capacity in which she has made strong recommendations to improve and take India’s education sector to the next level, and to produce world class institutions. She attributes a large part of her success to being very goal-oriented and also to her Indian husband Dr Suresh Khator, an IIT-ian who is an associate dean at the same university (UH Cullen College of Engineering) and to whom she was married when she was only eighteen. According to her, behind her success is a very secure man, a reference to her supportive husband. Following the Pravasi Bharatiya Divas she spoke at the Global Indian Business Conference (see separate story). Here she speaks to India Empire magazine’s Editor and Publisher Sayantan Chakravarty during an extensive interview in New Delhi soon after the two events

You have been conferred the prestigious Pravasi Bharatiya Samman Award. Personally, what does it mean to you?
Well I am touched, humbled and grateful. I have such deep love for my country. It is a recognition of the fact that I have been able to balance between my janmabhoomi and my karmabhoomi. I am proud of where I am today, of the opportunities that I received in America, what I have been able to do with those opportunities. While making the best of those opportunities, I have never even for a day forgotten where my foundations are, which is right here in India. The Samman has honestly moved me in ways that I did not think of.

One of the contributions mentioned in the PBSA citation is that you have supported India’s causes and concerns in a tangible way, and you have built closers links between India and the USA and the overseas Indian community. Give us an example of this…
Obviously, first of all, being a very public figure, you have to carry yourself always with pride and honour. There is never a forum where I speak, where I do not portray myself proudly as an Indian American. I am proud of this being one, and people know that I am from India. I am proud of being Indian. I give credit to where I am today to my principles and to my learning here. Also, while I was with the University of South Florida at Tampa before joining UH, I was instrumental in establishing the India Studies Centre. It stemmed from my belief that people need to know that India is more than just a land of snakes and snake charmers. It is a country of the future, a nation where technology is moving things forward, and making things possible. It is a hub of green power and innovation. It is a nation with imagination. Through the Indian Studies Centre, I was able to offer courses on India for better understanding of the country. At the University of Houston, I have already established a programme for bringing students to India every year. I had brought 30 UH graduates to India one year, and majority of them are today CEOs and successful people. I speak for India at almost every public platform. I am very proud of the Indian education system, and I said this at the FICCI lecture as well, that the test of a system is not what it does to you when you are there, but what it does to you when you are out of it. The fact that I was able to succeed in a totally foreign system with so many barriers is a tribute to my Indian education. I am proud of the culture back at home, back in my town, and grateful to my mother and grandmother. I can see in my day-to-day life as a CEO that when I approach a certain issue, shape policy, I am doing things exactly the way I saw my mother handling things, and my extended family. Three years ago, I wrote a piece in Hindi titled Meri Maa Ke Naam. It was published here in Sarita magazine. Then it was picked up and translated in English, then it was printed in India Abroad. It was subsequently picked up from there by mainstream American newspapers and published on Mother’s Day. That piece is about my relationship with my mother. I wrote it in Hindi. I try to keep my Hindi intact, a language in which I write fiction and poetry as well. 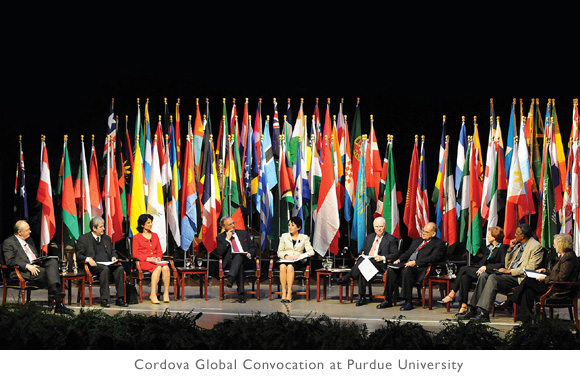