Situated at the crossroads separating the Mediterranean world and Persia to the west from India and China to the east, Afghanistan owes its history to its position on the map. The product of many overlapping cultures, Afghanistan has been a focal point for invasion and migration for thousands of years. 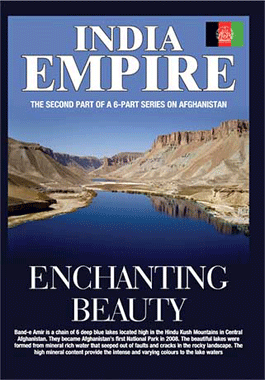 Afghanistan's history spans five thousand years and the Afghan people have contributed to the emergence of many Central Asian empires. The ancient centers of culture and civilization were influenced by diverse outsiders such as Rome, Greece, Arabia, Iran, Central Asia, India, and China. Great conquerors such as Jenghiz Khan and Timurlane swept through Afghanistan during the 13th and 14th century. These rulers brought with them the desire to establish kingdoms, and founded cultural and scholarly communities in Afghanistan. In particular, during the Timurid dynasty, poetry, architecture and miniature painting reached their zenith.

For centuries, Afghanistan has been a mosaic of people with diverse cultures, religions and languages. Afghanistan’s ethnically and linguistically rich and mixed population reflects its location at the crossroads of Central, South and Southwest Asia. Communities with separate religions, languages, and ethnic backgrounds have lived side by side for generations. Afghanistan still remains a country of dynamic diversity. The main ethnic groups are Pashtun, Tajik, Hazara, Uzbek, Turkmen, Aimaq, Baluch, Nuristani, and Kizilbash.