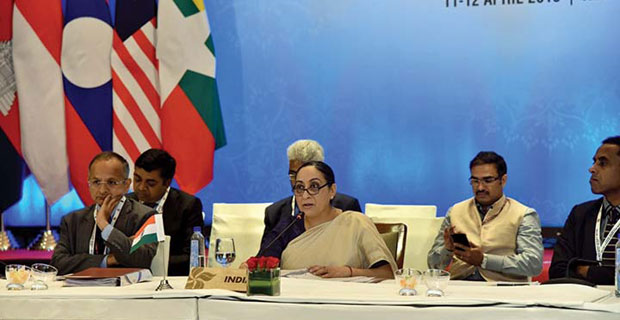 “They made their assessment on the progress of cooperation under all three pillars - political-security, economic and socio-cultural. The SOM leaders also exchanged views on regional and international issues of interest,” it said. The release said they agreed to deepen maritime cooperation as decided at the Asean-India commemorative summit 2018. In this context, they proposed to undertake a variety of measures, including enhanced cooperation in blue economy.

“The meeting desired to impart impetus to Asean-India connectivity, in all its forms. It also welcomed the commissioning of the ERIA study on the trilateral highway and its extension to Lao PDR, Cambodia and Vietnam as well as the proposal on formation of digital villages in the Asean countries, under digital connectivity. “They also discussed ways and means to further deepen cooperation on financial matters,” the release said.

The meeting decided to impart urgency to cooperation in renewable energy and hold a conference in 2019. The release said that Asean-India partnership is being implemented through the ‘Plan of Action (2016-20)’ and is making good progress along the 30 mechanisms to implement cooperation in the different sectors.