“The agreement continues to deepen the bilateral ties developed between the UAE and India at both political and economic level,” the statement said. The Dhirubhai Ambani Aerospace Park, located at the Multi-modal International Cargo Hub and Airport at Nagpur (MIHAN), is being considered by Reliance Defence Limited for a new facility to support its aerospace ambitions, and forms part of the emerging aerospace industry in India. 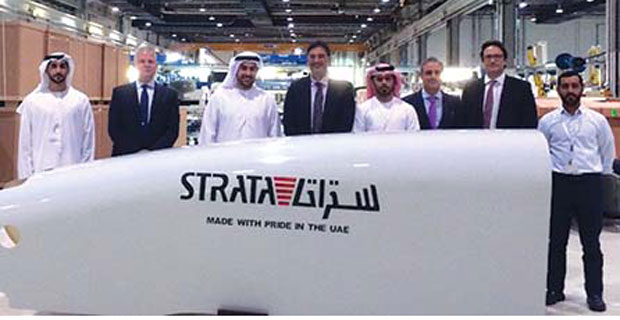 Under the Memorandum of Understanding, Strata and Reliance will consider new opportunities in the commercial aerospace market, address the emerging market for 3D printing of aircraft components, address obsolescence management and consider other areas of growth related to both the Abu Dhabi Economic Vision 2030 and Make in India initiative. The Abu Dhabi Economic Vision 2030 was created as a long term roadmap for economic progress for the Emirate of Abu Dhabi through diversifying the economy away from oil and gas. The vision is based on several pillars with great emphasis on establishing a knowledge-based economy and empowering private sectors. It also aims to significantly increase the contribution of non-oil sectors to Abu Dhabi’s Gross Domestic Product (GDP) to 64 per cent by 2030.

Rajesh K. Dhingra, President, Reliance Defence & Aerospace, said: “India’s composites industry is at a nascent stage and projected to reach four lakh tonnes by 2020. The project has the potential to bring in significant foreign direct investment and cutting edge technology in this niche composite aircraft manufacturing segment. 3D Printing enables us to produce assembly and machining fixtures in one-quarter the time and at one-half the cost as conventional machining.”