In July 2016, during a visit to South Africa, Indian Prime Minister Narendra Modi recalled the historical significance of the words of Mohandas Karamchand Gandhi (later to become the Mahatma) delivered exactly 102 years before his own trip. After spending a good part of his politically-formative youth and 21 years in South Africa (1893-2014), Gandhi Ji in his farewell to this Rainbow Nation in July 1914 said, “This subcontinent has become to me a sacred and dear land, next only to my motherland. I leave the shores of South Africa with a heavy heart, and the distance that will now separate me from South Africa will draw me closer to it, and its welfare will always be a matter of great concern.”

Indeed, today, the welfare of South Africa has become the world’s concern, and more so India’s. South Africa, and in particular the province of KwaZulu-Natal and its main city Durban that has a sizable population of Indian-origin people, is tense, the strength of its tenuous social fabric being tested to the core every single day. It is in Durban that Gandhi Ji had arrived to serve as a legal counsel for the Indian merchant Dada Abdulla in 1893, some 33 years after the first ship carrying indentured workers under the British colonial system had reached South Africa.

The grim situation at present has arisen as a result of the arrest and incarceration of former South Africa President Jacob Zuma who belongs to the Msholozi clan from KwaZulu-Natal. He was held guilty of contempt of a Constitutional Court probing corruption allegations against him during his nine years as President of South Africa. Mr Zuma was sentenced to 15 months in jail on June 29, 2021, and he handed himself over to the South African police on July 7. His appeal to be released on health grounds was rejected on July 9 by the Pietermaritzburg High Court. Shortly after the rejection of the appeal the provinces of KwaZulu-Natal and Gauteng went up in flames, and widespread rioting, looting, robbery and killings began to take place. The Indian population in Durban began to face a menacing backlash, the likes of which it had not seen since the independence of South Africa from apartheid rule in 1994. Two-thirds of the 1.4 million Indian-origin population lives and works in KwaZulu-Natal, mostly in Durban, and more than just a handful have borne the brunt of the fury. 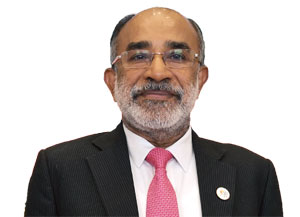 “The pandemic has only exacerbated the crisis of unemployment and deprivation. When you see certain communities doing better than others, all you need is a trigger to let loose underlying sentiments of frustration and anger. The arrest of the former president provided just that kind of trigger moment. I’ve taken up this matter with the Foreign Minister of India and his colleagues, and would make an intervention in Indian Parliament”.
—Mr K J Alphons, Member of the Indian Parliamentary Committee on External Affairs.

In a report, IANS, the Indian news wire, says: “Indian-origin residents in South Africa have organised armed groups to defend their families and businesses following the ongoing black mob violence in the country since July 7. We are forced to buy weapons and organise defence groups to protect our neighbourhoods. We are successful in business and professions and many locals are jealous of us. They just wanted an opportunity to loot us, said doctor Pritam Naidu (name changed for security reasons) from Durban, a city that is home to one million Indian-origin residents. Naidu said the local police have just been spectators and in some cases even joined the “loot-all, burn-all” mobs, who asked the Indians to leave. We have been here for several generations. Now some Zulu vigilantes are asking us to leave saying this is not your country,” said Rajesh Patel, who runs a chain of grocery stores in Gauteng, one of the two worst affected provinces along with KwaZulu Natal (KZN). In Durban alone, 50,000 businesses, many owned by Indian-origin people, have been destroyed. Losses are estimated to be around 16 billion Rands, said Zanele Khomo of the Durban Chamber of Commerce.”