First Solar’s CEO Mark Widmar said that what Prime Minister Modi has done to “create a really strong balance between industrial policy as well as trade policy” makes it an ideal opportunity for companies like First Solar to establish manufacturing in India. “His commitment to ensuring domestic capabilities and ensuring his long term climate goals and objectives with focus on energy independence and security”, Mr Widmar said is an alignment that “couldn’t be better for companies that are looking to manufacture in India. And I think the enablement of an environment that is pro-business, this is more opportunity for us to be successful to help India achieve its climate goals.” First Solar is one of the world’s largest developers and financiers of photovoltaic solar power systems connected to grids. 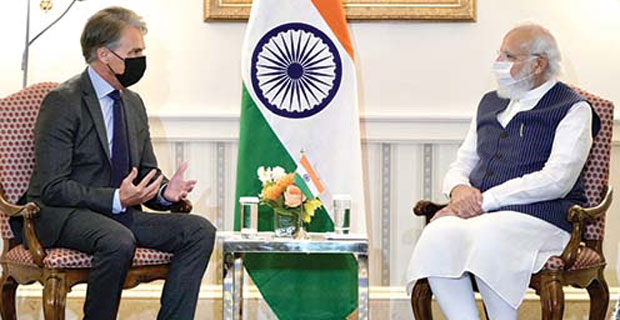 PM Modi meets Mr Mark Widmar, CEO of First Solar - Washington DC
“I think the enablement of an environment that is pro-business, this is more opportunity for us to be successful to help India achieve its climate goals” 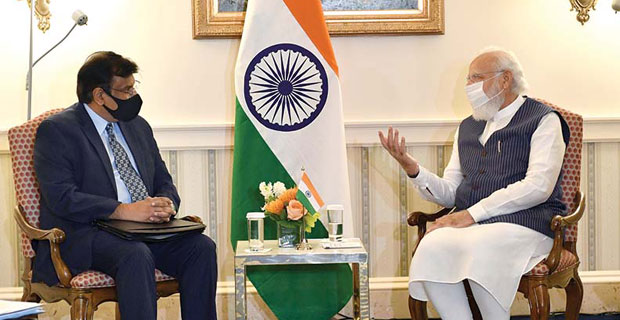 The “very laudable policy prescriptions and reforms” introduced by Prime Minister Modi “will certainly catalyse a lot of interest and investments in India,” Mr Vivek Lal, the CEO of General Atomics, said in the series of video interviews posted on twitter by the Ministry of External Affairs. “Many of my colleagues at US companies see India as a very promising destination,” he said. He said that the reforms in both India and the US have created a “win-win” situation and both countries can benefit from their collaboration. General Atomics is a defence and technology company and a leader in the development and manufacture of drones. 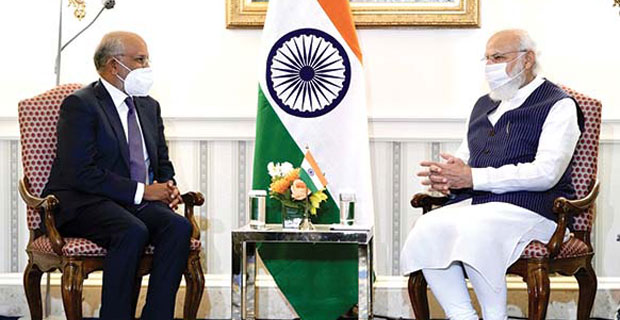 Mr Shantanu Narayen, the CEO of Adobe, said he was “a huge supporter, and fan of what the Prime Minister’s doing” to improve the business and investment climate in India. He said the ecosystem for startups in India is “awesome”. “As Indian Americans, I mean, what could be more inspiring or a matter of pride than seeing what the Prime Minister is doing to really encourage startups, to really encourage investment in India,” he said. “What’s really inspiring, is that these Indian startups are actually having as their growth the entire world,” he said. “So their aspirations are not restricted to India, they’re actually thinking about how they conquer the world.” Adobe is the maker of ubiquitous document software and the leader in multi-media solutions. 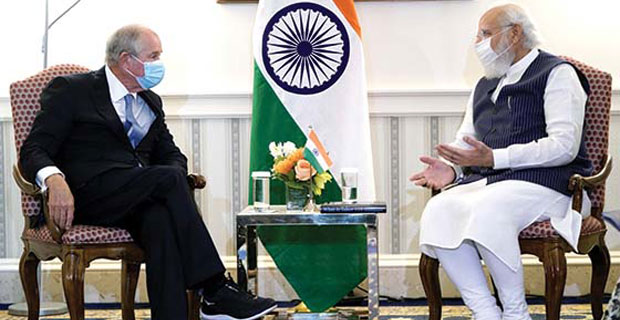 Prime Minister Modi met with Stephen Schwarzman, the CEO of the investment company, Blackstone. A tweet from the Prime Minister’s Office said that “giving greater momentum to investments in India,” they discussed “various investment opportunities in India, including those arising due to the National Infrastructure Pipeline and National Monetisation Pipeline.” (The two programmes provide for privatisation with time limits for some national resources or government enterprises.)