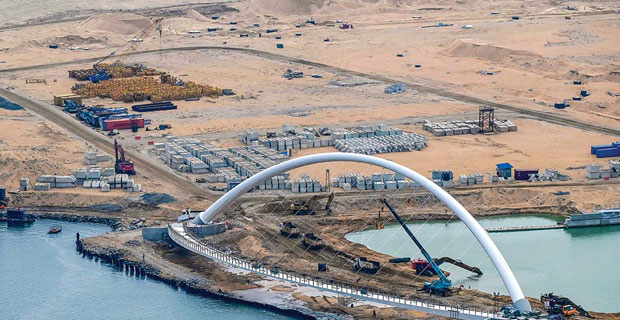 The Chinese deceit and double standards were on open display during the Covid pandemic. Whilst medical support equipment and vaccines were commonly used by nations to demonstrate solidarity and friendship to friendly foreign countries, China visualised Sri Lanka under their grip as an opportunity to fleece. Inspite, of being late entrants due to poor quality of vaccines, despite huge resistance from a large faction of society, through corrupt practices sold 13 Million doses to Sri Lanka by July 21. Chinese vaccine- Sinopharm/Sinovac which were evidently much less effective (70 per cent and 50 per cent) had exorbitant prices of $7.5 and $15 per dose much higher compared to other counterparts. The explanation to such foolhardiness and poor decision making on part of Sri Lanka could only be attributed to corrupt practices and continued manipulation by China.

The Colombo Port City which is being showcased as the ‘Game Changer’ with an investment potential of $15 billion is the golden goose for the Chinese to practically entrap Sri Lanka under their debt. The initial land reclamation which had cost USD 1.4 billion was completely executed by Chinese resources and people, which meant the investment filled Chinese pockets, however it resulted in Sri Lanka leasing out a major chunk of the land to China. Thus, presently China owns 65 per cent of saleable land whilst Sri Lanka controls only 30 per cent. Who calls the shots is, therefore, abundantly clear.

The Port City Bill which provided absolute power was hastily passed in the Parliament under Chinese pressure without due diligence. The Port City Commission that got constituted are a group of people selected by the Chinese for their long term Chinese linkages who would dance to the tunes of CCP. Excessive propaganda and hype is now being created to fool the public through false claims of 2 lakh job prospects in next 5 years, whilst the gain is only to a select few.

The Chinese approach in Sri Lanka has been out right capitalist where in the Sri Lankan economy is flooded with cheap Chinese goods so as to kill the local economy and extract as much Strategic advantage by trapping the government of the day in frivolous infrastructure projects. The malicious intent of Chinese projects is not restricted to economic domain; in a recent incident in May 2021 uniformed Chinese company workers were sighted in Hambantota with total disregard to law of the state, which was just a trailer of what is in stored for the future, when the sovereign decision making would be challenged through economic pressure.

It needs to be understood that all Chinese deals come with hidden agendas particularly with the aim to in-debt the country, take control of land, fill the coffers of China at the expense of smaller countries under the garb of development. The modus operandi of engagement has been similar in Africa, Asia and Latin America where in countries have been indebted with Chinese loan of Billions of dollar. Thus, Sri Lanka must guard its democratic sovereignty in their best interests, lest it is also coloured red under the Chinese shadow.