“A friend in need is a friend indeed” is the saying as it goes. The dictum is in full play as India has offered Sri Lanka an additional $500 million to help it to import fuel while it is in an advanced stage of discussion with the International Monetary Fund (IMF) for a bailout package 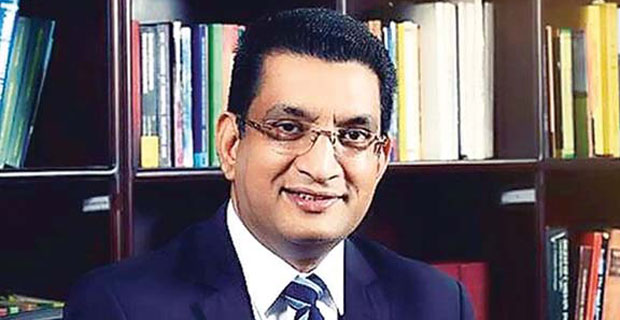 The discussion between the Sri Lankan delegation and multilateral agencies revolved around recent economic and financial developments in Sri Lanka, the need for implementing a credible and coherent strategy to restore macro-economic stability and the importance of stronger safety nets to mitigate the adverse impact of the current economic crisis.

Sri Lanka has to repay about $ 7 billion this year in debt servicing and other obligations. It has sought $ 4 billion of multilateral assistance from the IMF.

India has also supported Sri Lanka’s efforts in this regard. Many analysts view that had China come forward with a supporting hand, Colombo could have averted default and succeeded in tiding over its economic malaise till it could manage to get a bailout package from the IMF. Instead, China showed indifference much to the dismay of Colombo.

Meanwhile, the Sri Lankan government is confronting widespread public protests which initially demanded resignation from the Prime Minister Mahinda Rajapaksa and President Gotabaya Rajapaksa and are now demanding to form an interim government to tackle the economic crisis.

However, Mahinda Rajapaksa while rejecting the demand for an interim government noted that “people need to show patience to face the crisis”. However, the public is losing patience amid shortage of food, fuel, power, medicine and other essential items. Meanwhile, the country continues to face the problem of fiscal and current account deficits along with foreign exchange crisis. It has been pushed to default on foreign debt servicing. Sri Lanka needs support and the countries which feign to be well-wishers of Colombo should ideally come forward. This is a moral obligation.

India has extended its support and is willing to help in all possible ways. But China, which invested in mega projects in the country and pushed it into debt-trap, was now giving the pretext of “difficulties” rather than providing support. No self-respecting country could ever erase such bitter experiences from its memory.

Sri Lanka is not just a green pasture for investment and strategic leverage. It is a country of 2 crore human beings, grappling with the most difficult times of their life. It needs solidarity in the time of adversity and not kindness or alms like the Chinese “humanitarian assistance”.