People gathered in major Czech cities to voice concerns about inflation and the government's position on the war in Ukraine.

Prague: People gathered in major Czech cities to voice concerns about inflation and the government's position on the war in Ukraine. In the country's capital, tens of thousands gathered at Wenceslas Square in downtown Prague, according to a police estimate in October.

This is the third such protest, labelled "Czechia First," since September. Rally-goers were upset about their government's position on the war in Ukraine, with speakers lambasting what they deem unending aid to Kiev while the cost of living in the Czech Republic rises exponentially. 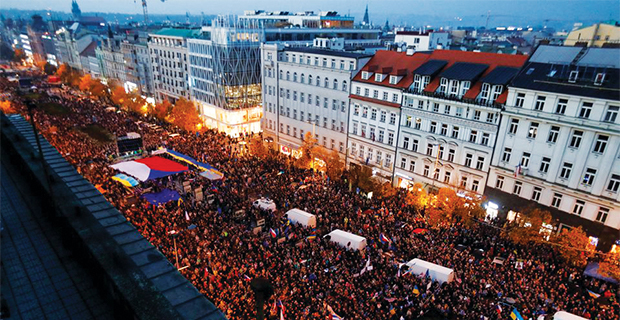 Organisers also drew attention to the ensuing sanctions against Russia, which they say are inadvertently hurting the Czech economy and threatening businesses and workers, Xinhua news agency reported. In Brno, the country's second-largest city, there were nearly 2,000 people at a similar demonstration, according to local media.

"I understand that many citizens are worried about the future. The last few years have not been easy for anyone," Prime Minister Petr Fiala tweeted in October, adding that his government has been doing its best to allay these concerns. Inflation in the Czech Republic rose by 18 per cent year-on-year in September. It was the highest year-on-year rate since December 1993, according to local media.