For many reasons, most of us on earth will perhaps find no cause for visiting the Southern Ocean ever. Firstly, it’s quite daunting to be sailing in latitudes beyond 50º–60º in the southern hemisphere, in the wide, open seas for weeks. Secondly, there is large-scale oceanic upwelling—primary means by which deep, dense water is brought to the surface. Thirdly, there are intense cyclonic storms for which terms such as the “furious fifties” and “shrieking sixties” have become part of navigational folklore. Fourthly, the average wind speeds in the Southern Ocean are the strongest in the world. Fifthly, there is no habitation nearby and normal sailing ships would find no reason to go there. 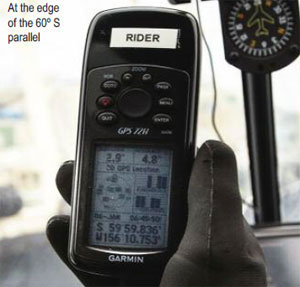 And so, when a handful of men and women set sail into one of the farthest and remotest corners of the earth such that a few thousand whales may live, remain protected, and not be butchered, and thereby continue to preserve our marine ecosystems, it is infinitely courageous. These men and women have found their cause, and are wedded to it. They belong to the well known global conservation group, Sea Shepherd.

Year after year they venture out into those immensely harsh waters, sometimes so choppy and turbulent that ships begin to rock like little dinghies. They are out there in the unknown, largely uncharted territory, part of the world’s fourth largest oceanic system into which the least number of voyages have ever been made by man. These men and women have conquered fear to be among the giant marine mammals, and a great variety of them, such that these mammals can literally have a whale of a time. And so that they are prevented from becoming packaged meat in Japanese supermarkets. Nelson Mandela once philosophized that “courage was not the absence of fear, but the triumph over it.” Mandela’s words are true for those at Sea Shepherd who leave fear behind at the harbors once they sail forth into the daunting southern waters.