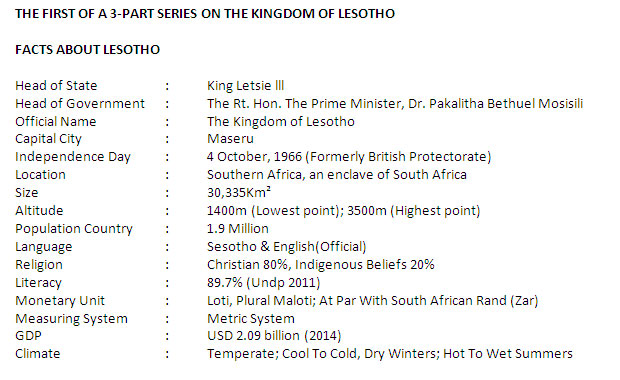 Formerly Basutoland, the Kingdom of Lesotho was formally granted its independence from Great Britain on October 4, 1966. It had been a British colony since the 1860s. Before the flag-changing ceremonies at midnight to symbolize Lesotho’s new autonomy, a colourful procession took place as King Moshoeshoe II (b. 1938) paraded in full regalia leading 100 chiefs into the capital city of Maseru.