A dream came true for the Chairman of Sun Mark Ltd when the Prime Minister of the United Kingdom, the Rt. Hon. David Cameron MP visited the headquarters of Sun Mark Ltd. in Greenford on Friday 18th July 2014 to present the company’s unprecedented fifth consecutive Queen’s Award for Enterprise in International Trade on behalf of Her Majesty Queen Elizabeth II. The Prime Minister toured Sun Mark’s facilities including the warehouse and supply chain facilities before the presentation of the award. 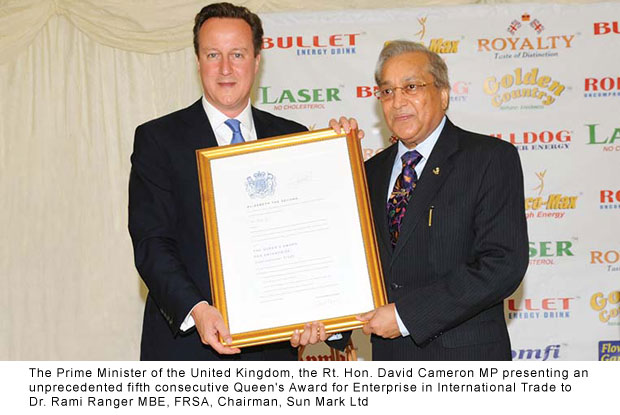