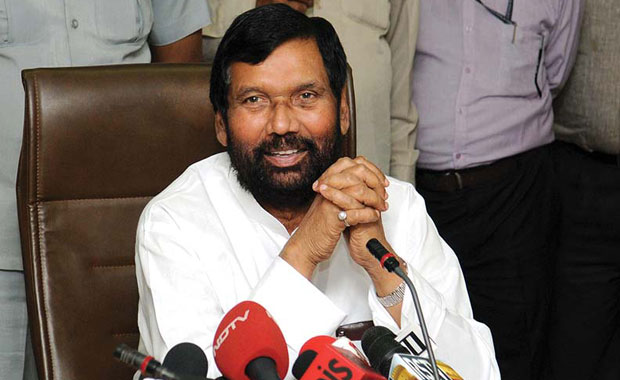 Union Minister of Consumer Affairs, Food And Public Distribution, Shri Ram Vilas Paswan has said that the Government will launch a countrywide campaign along with voluntary consumer organizations to create mass consumer awareness which will also include capacity building training for safe and hygienic food. He added that the initiative of his ministry will be taken to rural pockets which need more awareness about consumer rights. He expressed hope that the campaign will be successful in building a culture of food safety in the country with nationwide sensitization sessions on cleaning, hygiene and sanitation for safe food.
Shri Paswan said that with opening up of the economy various consumer goods and services have entered into the Indian market. To meet the changed situation, we have introduced new Consumer Protection Bill and new Bureau of Indian Standards (BIS) Bill to prevent unfair trade practices, to effectively deal with adulteration of food, misleading advertisements and speed up the disposal, which will have far reaching implications.