Operators of the dam prepared to shore up a crumbling emergency spillway with bags of rock while bleeding off excess water from the rain-swollen Oroville Lake to ease the threat of inundating the northern California communities under evacuation orders downstream. Several hours later, the situation appeared less dire as water levels subsided behind the dam, which ranks as the tallest in the US, and the weakened unpaved hillside spillway beside it remained largely intact. “Sikh temples in Sacramento offering Food & Shelter. They are open for ALL people evacuated from Yuba City #OrovilleDam #OrovilleSpillway,” tweeted social activist Harjinder S. Kukreja. 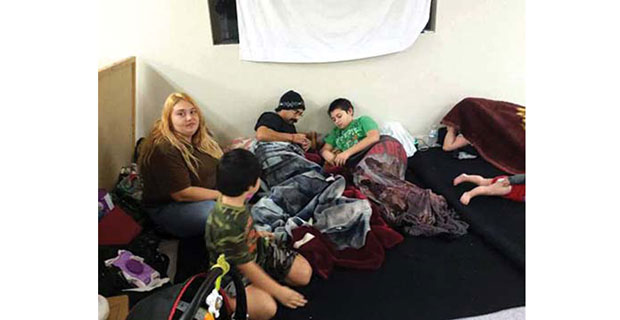 Sacramento Mayor Darrell Steinberg tweeted that people could take shelter in Gurdwaras situated around the area and there are arrangements for meals too. Dr Gurtej Singh Cheema, a physician and a local Sikh activist, said that they were prepared to help the residents evacuating the Yuva County area. “We’re well prepared,” Cheema told the Huffington Post. The Gurdwara is one of the closest for residents leaving Yuba City. “We have meals, shelter. We can accommodate at least 50 people here,” he said. Cheema said that they have already received three families and several more called to apprise of their arrival.