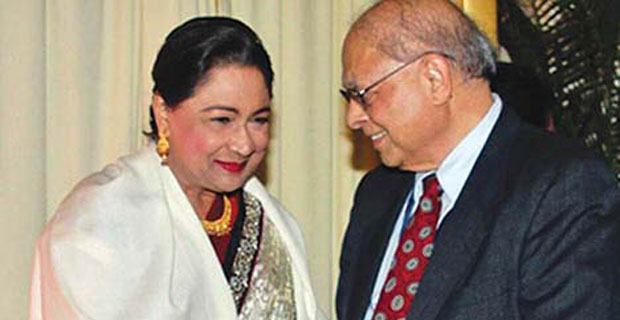 Over the years, Inder Singh has been a regular to India’s Pravasi Bharatiya Divas (PBD) events. In 2013, former Prime Minister Manmohan Singh released a Gadar stamp celebrating the centennial of the freedom movement that was inspired mainly by Indian youth based mostly out of California. Because of Inder Singh’s sustained campaigns, Gadar was officially recognized as a part of India’s freedom struggle. Today, the consulate general in San Francisco maintains the Gadar Hall in memory of those freedom fighters. Inder Singh also went on to write a book on Gadar Heroics in 2013 that was widely distributed at events in Los Angeles, Atlanta, Washington D.C. and other places.

India’s equation with the USA may have changed for the better in recent times, particularly after Prime Minister Modi and President Obama chose to work closely on security issues, and increasing foreign direct investment from the USA to India. But things were not quite as hunky dory back in the 1980s and early 1990s—times when bashing and pillorying India in the USA had become a norm, and when Pakistan that has consistently waged a low-intensity war against India ever since partition, was America’s great ally in the sub-continent. Mr Singh rose to the occasion and was at the forefront of a nationwide campaign across the United States to stop the proposed supply of highly sophisticated military hardware, including AWACS, to Pakistan. He recalls having hotfooted his way in the corridors and halls of the US Congress in 1987 to convince many US lawmakers about the potential danger of AWACS at the hand of an unstable Pakistan, a country with a chequered history of military coups and dictatorial rule by war- mongering generals. The shrill campaign didn’t fail to make its mark, and Pakistan failed to secure the airborne warning and control systems that would have posed a dire threat to India.