Everything I do in life is framed through ... 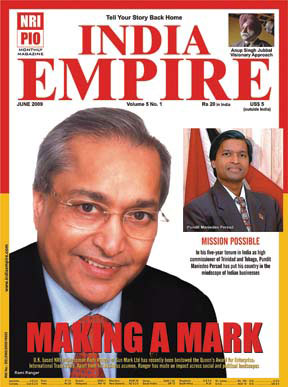 Dozens of other awards and recognitions from prestigious organizations have been bestowed upon him, and his remarkable charitable activities have brought him laurels from world leaders. In 2005 he was appointed Member of the Order of the British Empire (MBE) and in 2016 a Commander of the Order of the British Empire (CBE). In October 2019 he was nominated for life peerage and created Baron Ranger of Mayfair in the City of Westminster. As someone who understands business well his cover article warning us about China is worth a read.