MrAshwani Kumar, Regional Chairman (NR), FIEO, provided an overview of bilateral relations between India and T&T, mentioning that ties are quite old and very cordial. In terms of strategic and commercial relations, there has been considerable expansion in recent years. People of Indian origin make up 42 percent of T&T’s population and their contribution to furthering and strengthening ties is highly significant. The Indian diaspora is an integral part of the economic, political and social fabric of T&T and has contributed immensely to the twin-island nation’s growth and prosperity over the decades. Also, several MoUs in areas such as science and technology, cultural cooperation, technical cooperation, trade have been signed. Based on its strategic geographical location, T&T presents an opportunity to Indian businesses to access the entire CARICOM and beyond due to the influential role the nation plays in the region, and the support it gets through various bilateral and regional PTAs. 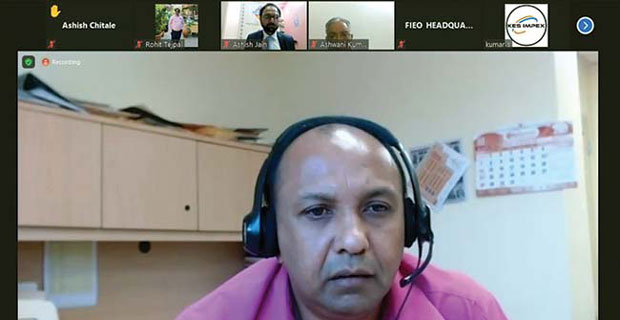 “The Indian diaspora is an integral part of the economic, political and social fabric of T&T and has contributed immensely to the twin-island nation’s growth and prosperity over the decades.” —Ashwani Kumar, Regional Chairman (NR), FIEO

Mr Kumar added that the bilateral trade between the two countries has remained stable for the past few years. Total volume of trade reached USD 264.15 million in 2020-21 of which India’s exports to T&T were of the order of about USD 74.79 million and imports around USD 189.36 million. If we take a look at our top 10 export categories we find that India’s main export basket to T&T consists of pharmaceutical products, plastics and articles thereof, vehicles other than railway or tramway rolling stock, and parts and accessories thereof; electrical machinery and equipment and parts thereof; articles of iron or steel; iron and steel; tobacco and manufactured tobacco substitutes; articles of apparel and clothing accessories, ceramic products; edible fruit and nuts; peel of citrus fruit or melons, etc. These sectors collectively constitute almost 77 percent of India’s total exports to T&T. However, trade is nowhere near the potential as India’s share in the total imports of T&T is just 1.4 percent. Even in the top export products from India there is still a lot of potential as India’s share in the T&T’s global imports of these products is very less despite India’s good capacities and significant global exports. For e.g., in vehicles other than railway or tramway rolling stock, and parts and accessories thereof, India’ share in their imports was only 2.9 percent; in electrical machinery and equipment it was only 2.25 percent; in articles of iron and steel it was 1.6 percent, and in plastics and articles it was 5.1 percent only. He apprised that there is a great scope and potential for growth in these sectors and many others like textiles, garments, pharmaceuticals, agriculture, etc.