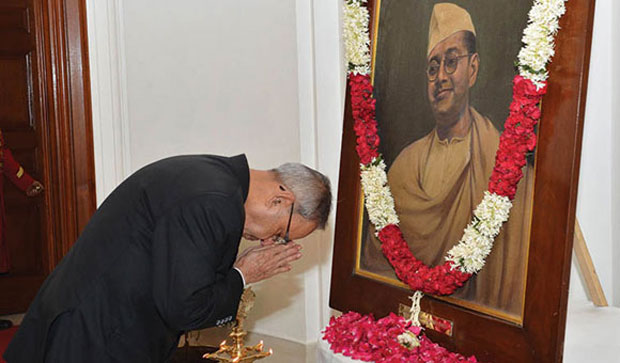 Your contention that Netaji lived in Faizabad but never came out in the open needs to be explained elaborately. Do you think you have enough evidence to tell the Indian public your side of the story?

I have simply narrated the facts as they are in my book India’s biggest cover-up and drawn conclusions that are obvious. There are but just three theories explaining what really happened to Bose. The first of course is the air crash theory. The second holds that Bose was in Soviet Russia after his death and he met his end there. It is commonplace in India for people to allege in private talks that Bose’s end had something to do with his political rival and the man who harvested the fruit of his struggle, Jawaharlal Nehru. The third theory puts Bose in India as a holy man in disguise. Some people opinion that Bose was always mystic and others say that it had something to do with his having been branded a war criminal.

I don’t think the air crash theory is true. There’s a lot going against it. Even the Americans, who first looked into the matter, stated that there was “no direct evidence” of Bose’s death, though his Japanese benefactors claimed that he had indeed died as he was flying to Tokyo. But Japanese hid from the world that Bose was actually on his way to Soviet Russia where he hoped to get a sanctuary. Records declassified in the 1990s have filled in lot of details in this regard. Bose had foreseen the onset of the Cold War and had written to the Soviet ambassador in Tokyo for help. Months and probably years before the war came to end, he knew that the Axis were losing. He had to continue fighting in the interest of India.

As a journalist, I am convinced that Bose was in Soviet Russia after his death. But if you ask me for evidence as defined in the Indian Evidence Act, I am afraid, there is none. We can only say that the story of the air crash was planted, a Japanese soldier’s body was passed off as that of Bose and Bose flew towards Russia. Russian experts have been saying in private conversations and in media report that Russian intelligence organizations are holding relevant records but the same cannot be released unless the Government of India seeks access at the highest level. The Government of India has neither shown any interest nor inclination to do so. It has made the best of public apathy in this regard.

On the face of it, the third theory appears preposterous, but it is backed by evidence, some of which is admissible under the Indian Evidence Act.

For starters, Bhagwanji angle doesn’t not rule out the Russian theory. It just negates that “he” was killed there. The holy man has left quite a few interesting details, including how “he” escaped after “concocted” news of air crash was planted. He spoke about his time in a central Siberian gulag much before the world read The Gulag archipelago by Aleksandr Solzhenitsyn. Many details left by him gives one goose bumps. He said that war crimes charges and India’s becoming a part of Commonwealth prevented him from returning to India and taking his “rightful place”. From 1949 onwards, much as he disliked communists, he became part of Russian and Chinese covert operations to undermine the hegemony of the Anglo-Americans that this man, whoever he was, came to oppose because they had run down his efforts in the Second World War in the aid of Indian freedom. Well, Netaji never got along well with the Americans, who sided with the colonial British never mind the American commitment to freedom which was being denied to India.

Bhagwanji said that his post-1945 activities were the reasons why he could not surface. If all he said was right, the Russians, the Chinese, the Vietnamese and the Americans would have records about him. The CIA, we learnt this year, received reports about Bose as late as 1964. When the news of Bhagwanji's death came in 1985, the Foreign Broadcast Information Service (FBIS)—an open source intelligence gathering component of the CIA which is now called Open Source Center—took a small note of it.

Bhagwanji would say “my coming out is not in India’s interest” and “India would face sanctions from the world powers if I emerged”. To best of my understanding from late 1960s the authorities in India were aware of Bhagwanji and maintained secret contact with him.

Well this may sound like a plot from a movie, but then I always like to quote a dialogue from the movie Tinker Tailor Soldier Spy which depicts the hunt for a Russian mole in the highest echelons of MI6. "Things aren't always what they seem!"

One has to explain how come not one or two but more than a dozen or more people of integrity, those with close connection to Bose, came to accept Bhagwanji as Bose. None of them publicised their belief and nor gained anything out of their conviction. And how come Bhagwanji’s handwriting in English and Bangla matched with Bose’s? I have demonstrated in my books that the DNA tests carried out in Government lab on the teeth assumed to be of Bhagwanji’s and blood samples provided by Netaji’s family members were fudged.

In this context one has to appreciate that the Allahabad High Court in its January 2013 accepted a link between Bose and Bhagwanji. Why would the court seek an inquiry if there was no substance in the Bhagwanji theory?

All the same, since the whole Bhagwanji saga is a very complicated, entails far too many details and is devoid of clear cut photographic evidence as the holy man did not allow anyone to take his pictures nor record his booming voice, anyone going through sketchy details about it would find it incredible.

But anyone who has gone through my book would agree that Bhagwanji angle is the most formidable of all theories attempting to explain what happened to Bose. To get at the truth one would need declassification and a final inquiry, which I propose should be carried out under the court supervision. In the last few years Indians have brought heaven and earth together in their quest to get facts about the deaths of gangsters, terror suspects and people dying or getting killed because of love affairs or sleaze. The same level of attention in Netaji case would be sufficient to establish the truth.