For the 11th consecutive year, Indian-origin children have monopolised the National Spelling Bee crown with Karthik Nemmani winning the 2018 championship, beating out five others in the last rounds. 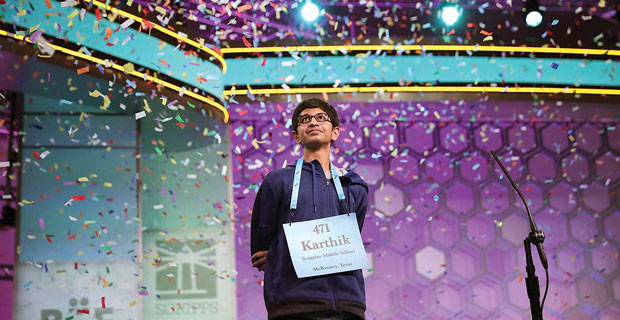 Nemmani, a 14-year-old eighth-grader from Texas, spelt koinonia correctly for his victory on May 31, 2018 after second place winner, 12-year-old Naysa Modi, got bewusstseinslage wrong. “It’s what I’ve been dreaming of for years now,” Nemmani said. He took home USD 40,000 and a trophy from Scripps Bee which is sponsored by the EW Scripps media group, in addition to a USD 2,500 cash prize from Merriam-Webster, the dictionary publisher.