Following External Affairs Minister Sushma Swaraj terming people of the Roma community spread across the world as “Children of India”, an international conference concluded in New Delhi in February with a call to recognise them as India's diaspora. "Roma people are an Indian nation, the autochthonous territory of southeastern and western Europe, but also in other parts of the world, with all attributes that make them a special national entity," Jovan Damjanovic, president of World Roma Organisation, said at the three-day International Roma Conference and Cultural Festival 2016. "We would like to be treated as the Indian diaspora and can make a contribution to our country of origin's growth," he said at the conference organised by the Indian Council for Cultural Relations (ICCR) and the Antar Rashtriya Sahayog Parishad (ARSP)-Bharat.

Inaugurating the conference, Ms Sushma Swaraj said: "You are the children of India who migrated and lived in challenging circumstances in foreign lands for centuries. Yet you maintained your Indian identity. A strong 20 million population of your community spread over 30 countries encompassing West Asia, Europe, America and Australia speaks of your unique ability of adapting to foreign cultures. We in India are proud of you... welcome you with an open heart." 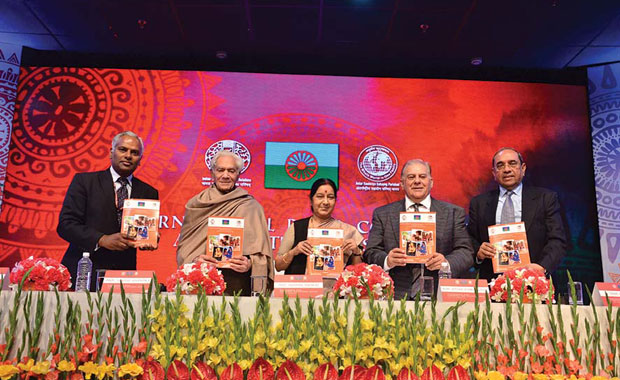