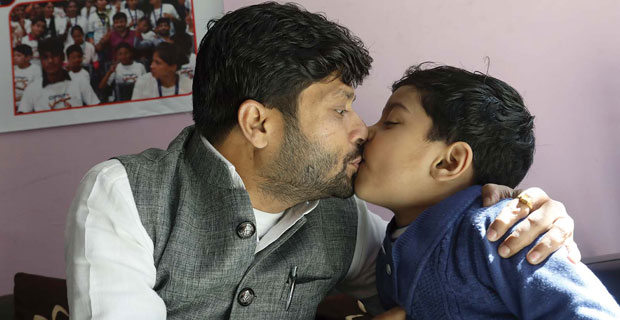 At the age of 14 he tested positive for HIV—the human immunodeficiency virus that leads to acquired immune deficiency syndrome (AIDS). The unthinkable had happened and a most testing time in Sahil’s life began. His entire village feared that he would transmit the deadly disease and kept away from him. Ignorance was widespread about AIDS and no one knew that Sahil could not have ordinarily transmitted the disease since it was not a contagious one. But those were the early days of the AIDS scare in India, and misconceptions and baseless rumors flew thick and fast. Not entirely unexpectedly the village decided to ostracize him. Sahil’s distraught mother was forced to move him a safe distance away from the village and had a mud hut built for him. She would personally reach him his food which was left at distance from the hut. After all even his mother was not allowed to go near him.

One day a village teacher came along and advised him to go to Delhi for treatment. Besides, he would not be subjected to the daily stigma and taunt that he encountered in his village. The teacher wanted Sahil to get a life and move on. Sahil followed his teacher’s advice. When the train he had taken chugged into the Delhi platform Sahil knew he’d would have to live by the railway tracks. He knew no one in this city. All he had with him was 1500 rupees which his mother and some well-meaning village elders had managed to place in his trouser pocket. Almost immediately after reaching the capital city his life as a rag picker began. At 15, by the railway tracks, he began to eke out a meager existence and survive. Because he had not run away from home and had none of the usual problems associated with those who do so, he did not fall into the company of gamblers and alcoholics. He was determined that he would have none of those in his life and steered clear of all those who indulged themselves.