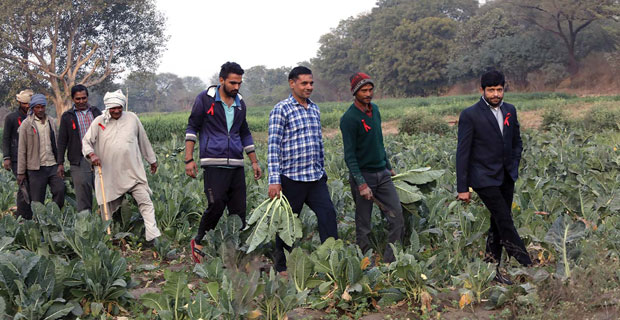 One day while holding a workshop in Parliament Street he came across a girl whose name he later learnt was Henna. The two fell in love and much against her parent’s wishes Henna and Sahil married. He was thirty and she was nineteen. A child was conceived through in vitro fertilization (IVF)—a series of procedures used to treat fertility-related issues and genetic problems. Today the once-ostracized Sahil, 37, has a three-year-old son and he loves him like no other.

Sahil the young boy from Darbhanga who came to Delhi on a train with his life in a complete mess has managed to bring things back on track. His disease today is under control.