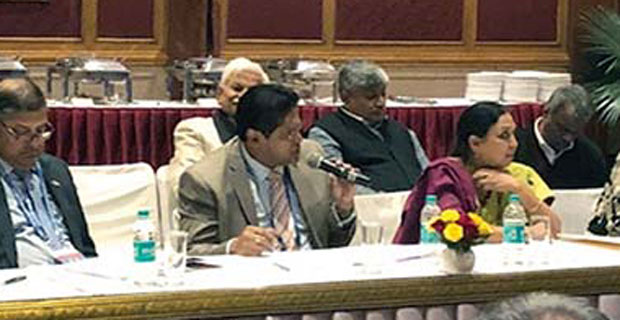 Before Suriname’s independence my father was transferred in 1969 and worked in Amsterdam and The Hague for the Ministry of Internal Affairs Press Agency called ANP in Holland and RVDS in Suriname. When independence of Suriname was declared we were living in Rotterdam but we were watching developments. I went to school in Rotterdam and left for India after finishing my high school. I studied at Hindu College (Delhi University), University of Antwerpen, and Graduated at the Royal University of Leiden and started as a trainee with ABNAMRO Bank and stayed on in financial services till today in many capacities. During my professional career I did additional postgraduate education in accounting and corporate finance. My professional experience includes directorships in real estate, technology, general management and pension fund management. I worked in various directorships in European countries for a large banking and insurance group in Athens, Lisbon, London and in Holland. After my chairmanship of a large pension fund, I became a partner of a private equity firm to acquire stakes in SME-sized banks in the EU. Then I also became the CEO of Mahler, an emerging market investment firm which invests in several sectors of which the agri-food business in India is of special interest. I am the chairman of Indo European Food Park Pvt. Ltd. I also work as a certified Non-Executive Board Member of organisations such as the Red Oak Fund (UK), the Difference Trust to Fight Diabetes, and the International Food Waste Organisation (IFWO).