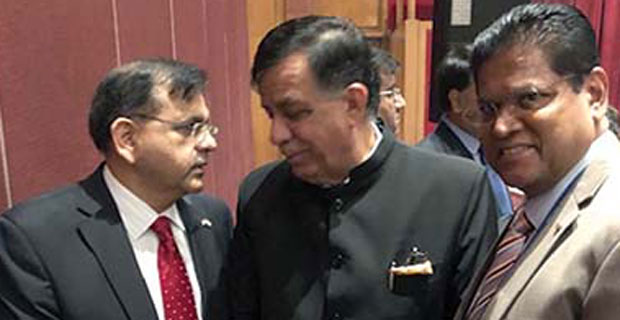 It is fascinating how you are able to keep a close connection with both Suriname and India because of your familial roots in both countries. Please elaborate…

Reason for the attachment to Suriname is family and friends of course, though many of them became scattered between Suriname, the U.S. and Europe. I also kept in touch with the financial executives of the country because Suriname is an emerging market but not yet fully tapped into. Suriname has also been close to me because some PIOs used to return to Suriname after their education in Holland. My paternal grandfather returned to India and settled in Meerut but had family in Allahabad and Azamgarh. My maternal family still lives in the Ayodhya region. My wife’s family migrated from the outskirts of Lucknow and other places. Even in the 1940s my elders frequently travelled to India to maintain their relations and many studied there too. I started my university studies at Hindu College, Delhi University before graduating in Holland.