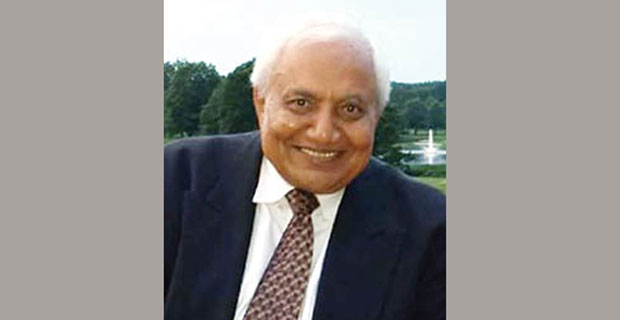 Ram Gadhavi has been involved in various community activities for the last 40 years, starting with India Cultural Society of New Jersey and serving as its Chairman and helped to build Gandhi Mandir (Wayne, NJ); Secretary/President of the Federation of Indian Associations (FIA) of Tri-State (CT, NJ and NY) where he conceived, planned and organized the 1st India Day Parade (FIA India Day Parad3e is the largest outside India which attracts over quarter million people);  Worked as Treasurer / Secretary for the National Federations of Indian Associations; Secretary of Bharatiya Vidya Bhavan of New York for 15 years. He helped The Bhavan move from its headquarters in Queens to their new home in Manhattan. In 1989, Ram served as the Co-Convener of the First Global Convention of People of Indian Origin held in New York City from August 27th to Sept. 3rd, where GOPIO was formed. Before the convention, Ram toured all over Europe to reach out the Indian communities in different countries.